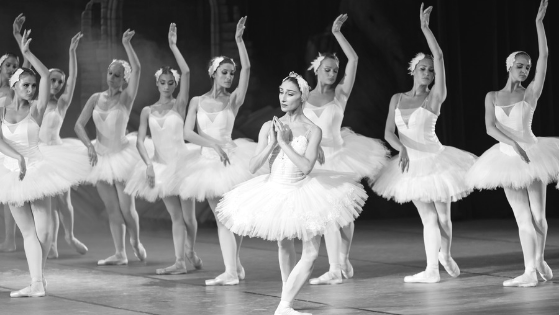 Ballet is NOT the Foundation of all Dance Forms

How many times have you heard ballet referred to as the “foundation” of dance? Teachers use that phrase all the time to tell students why they should be taking more ballet, why X number of ballet classes a week is required to be on the competition team, or why the studio requires you to take ballet before you can take any other form of dance.

It makes sense when you first think about it. Ballet has existed for hundreds of years, long before jazz, tap, hip hop, or contemporary/modern. In jazz especially, you can see variations of ballet moves such as pas de bourée, chassé, pirouette, and saut de chat. But when you think about it a little more, it doesn’t make sense. What similarities are there between ballet and hip-hop? How could ballet, a European dance form, possibly be the foundation of West African or classical Thai dance?

The truth is that ballet is only the foundation of a very limited number of dance forms. While ballet has its roots in the court dances of King Louis XIV of France, other dance traditions had their own origins all around the world. For example:

Developed over hundreds of years, this art form is known for its elaborate make-up and costumes. The word Kabuki means “unusual,” as it was considered avant-garde at its inception in the early 17th Century.

Japan is also home to another form of dance theater called Noh, which, in combination with Kabuki, eventually gave rise to the contemporary Japanese dance form called Butoh. (Which, in my opinion, is the least ballet-like dance style you will ever see.)

From its roots in folk traditions to modern-day Riverdance, Irish dance is a lively and complex dance style. There are three forms of Irish dance, including softshoe, hardshoe, and group choreography for social events called ceilis.

Hula and Other Polynesian Dances

A rich and colorful dance form with many variations and sub-styles, Hula tells stories through dance movements, accompanied by song or chant. Every Polynesian island has their own dance style and unique costumes. If you ever get the chance to visit the Polynesian Cultural Center in Hawai’i, I highly recommend watching their dance performances to get a taste of this beautiful tradition!

Africa is home to so many forms of dance that I couldn’t possibly list them all. Every country and region has its own unique traditions, and Western audiences typically only get a glimpse of a few distinct styles. Pictured above are dancers in Nigeria.

African dance forms played a huge role in the development of newer dance styles, including tap, hip-hop, jazz, and modern.

This list could go on and on, but it should be clear by now that ballet is not the foundation of all dance forms. I think everyone knows this to be true, at least to some degree. So why do people keep saying something they know is not true? I don’t know for sure why people say what they say, but I do have a guess.

Putting Dance Forms in a Hierarchy

Whether they realize it or not, I think a lot of dance students, teachers, studio owners, and parents think of some dance forms as “real,” and others as hobbies or “supplementary.” To my argument above, those people might say, “Of course ballet’s not the foundation of hula, but hula doesn’t count.” Why not? Doesn’t count for what?

Okay, yes, maybe ballet is the foundation of everything that you offer at your studio. If you only offer ballet, modern, and jazz, then yes, your students would benefit from taking ballet. But African dance had just as much influence on modern and jazz as ballet did. Maybe you should consider offering that, too?

I love ballet. It’s my favorite dance form, no question. But I think it’s time we stopped putting ballet on a pedestal. Let’s treat all of these beautiful dance styles as equally equipped to convey artistic meaning through movement. I’m a firm believer that all dance forms complement each other, whether it’s clogging and contemporary or ballet and butoh. 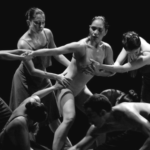 How to Improve Your Leaps with Simple Physics 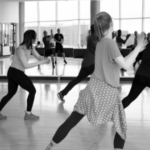