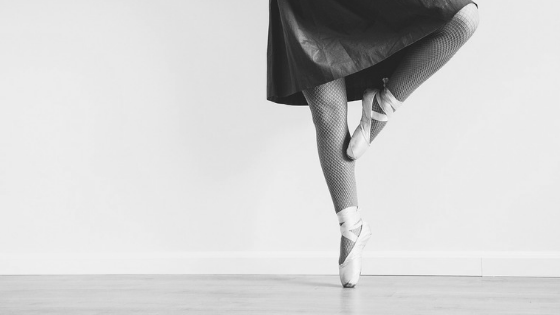 Passé or Retiré? Why I Use the Wrong Word on Purpose

What do you call this position? A lot of people, at least in the US where I’m from, call it passé. They might say something like, “Bring your leg up to passé,” or “Is the pirouette in a turned-out or parallel passé?” Others, however, use retiré, stating that passé is the name of a movement, not a step. You may have even heard people use the term raccourci. So who’s right? Is it passé or retiré or something else entirely? Read on to find out!

The Technical Manual and Dictionary of Classical Ballet by Gail Grant (an invaluable resource that I highly recommend) defines retiré as follows:

Retire (ruh-tee-RAY). Withdrawn. A position in which the thigh is raised to the second position en l’air with the knee bent so that the pointed toe rests in front of, or behind or to the side of the supporting knee.

Not much room to argue there. That’s definitely the position we’re talking about. But this might not be the only acceptable term, so let’s keep going.

Personally, I’ve never heard anyone use this term and I only know about it from reading the dictionary I linked above. Here’s its definition:

Raccourci (ra-koor-SEE). Shortened. A term of the French School. (1) A position in which the thigh is raised to the second position en l’air, with the knee bent so that the pointed toe rests against the knee of the supporting leg. (2) A sharp bending movement of the knee, as in battement raccourci.

Again, this sounds like a valid term. I’ve never studied the French method of ballet (I’m a Vaganova girl), so that’s probably why I’ve never heard raccourci before. Let me know in the comments if you use that term because I’m curious to hear if anyone does!

That’s a lot of words, but it all boils down to one thing: passé is the name of a movement, not a position. Saying “Bring your leg up to passé” is incorrect, no matter how many people use the word in that way on a daily basis.

Okay, that’s settled. Retiré and raccourci are acceptable terms for the position in question, while passé is not. I’ve known this for a long time, but I still choose to call it passé, and it’s not because I like sounding ignorant. Allow me to explain.

Why I Still Call it Passé

The time when it’s most important that I choose the right word is when I’m teaching. I want my students to know proper ballet terminology, but I also want their training to be consistent with the other teachers at the studio and with what they’re learning in other styles of dance. There’s no reason to call it retiré in a jazz class. In fact, a parallel passé doesn’t even fit the definition of retiré above because the leg isn’t “raised to the second position en l’air with the knee bent.”

It does young students no good to hear one thing from one teacher and another thing from another. Imagine a class of second-year students going in on the first day with a new teacher. She asks if they know passé, and they all say no, because their teacher last year called it retiré. Awkward for the teacher and confusing for the students. Certainly, when they’re old enough, they ought to learn the proper terms, but when they’re young, they need consistency. Just as I must adhere to a studio’s syllabus, I must conform to the standards of terminology that they have set.

(Also, passé looks like the letter P, which is a great teaching tool.)

When I’m not teaching, I use ballet terminology when writing down choreography and talking to my classmates/teachers about steps. It doesn’t matter what I call it in my choreography notes, because that’s just for me. I could call it flamingo if I wanted. When I’m talking to peers and I don’t know the extent of their ballet background, I use the word passé. That’s based on the assumption that if they’ve heard one name for that position, it’s that one. In class, of course, I’ll call it whatever the teacher’s calling it, which is usually passé as well.

All of this boils down to me calling it passé 99% of the time. I’ll admit, being wrong on purpose eats at my conscience a little bit, but we have to remember that language isn’t perfect. If bending the rules ultimately aids in communication, I think it’s worth doing. 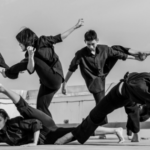 How I Write Down My Choreography 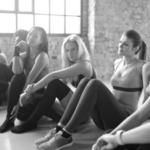 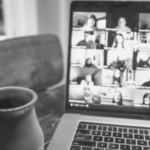 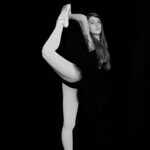 Improve Your Turns by Understanding the Plumb Line